By buying Cozycat cat litter, you are supporting directly campaigns and projects such "Stray Animal Care" or "Dogs for People". 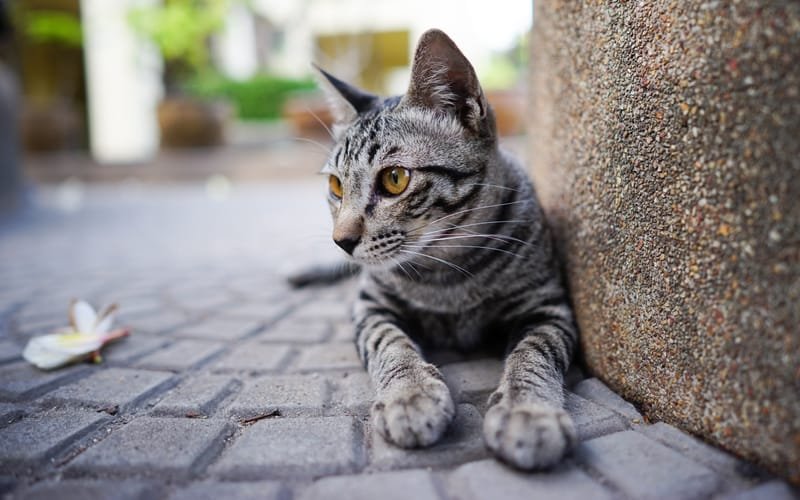 While stray cats often lead a bleak existence in Germany, Austria and Switzerland, many thousands of stray dogs are suffering in other parts of Europe and elsewhere. Stray animals suffer hunger, disease, misery and abuse by humans.

No animal willingly becomes a stray. It is humans who abandon their supposedly beloved pets. Strays multiply uncontrollably. Strays need sustainable help! Their population must be reduced urgently, especially in cities, in order to avoid conflicts and risks to humans and animals alike.

Local authorities often find mass killing to be a “solution“. Killing, poisoning or shooting stray dogs is, however, not only unbelievably cruel – it also makes no sense in the long run as even just a few animals or newly abandoned animals will breed rapidly. A study by the World Health Organization (WHO) has found that: "In no [...] location has the killing of dogs [...] had any substantial effect on the number of dogs living there.”

FOUR PAWS Stray Care has a demonstrated, an animal-friendly strategy that helps stray animals: Neutering programs. In just one location, a FOUR PAWS team can neuter and vaccinate hundreds of stray animals within a week, costing less than it would to kill and dispose of the animals. For the animals this means their lives are saved and they receive treatment for disease and injuries.

When implementing local neutering projects FOUR PAWS teams attract the animals with food – only rarely are very shy animals captured by trained animal handlers. Animals are brought by a transporter to the mobile FOUR PAWS animal clinic. Well-trained and dedicated veterinarians vaccinate and deworm the animals and neuter them under general anaesthesia. Every handled animal is registered and receives a marking near the ear, making it identifiable from a distance. After the treatment, the four-legged patients remain in the clinic for at least another day. Sick and injured animals are cared for. Then we release the animals again. Our detailed records on every animal make sure they are brought back to the exact location they were captured. For dogs this can be very important, so that they can reassume their position within the pack.

Ever since the first event in Bucharest, some 15 years ago, the number of stray dogs was reduced from 40,000 to 25,000 –humane and in the best interest of humans and animals!